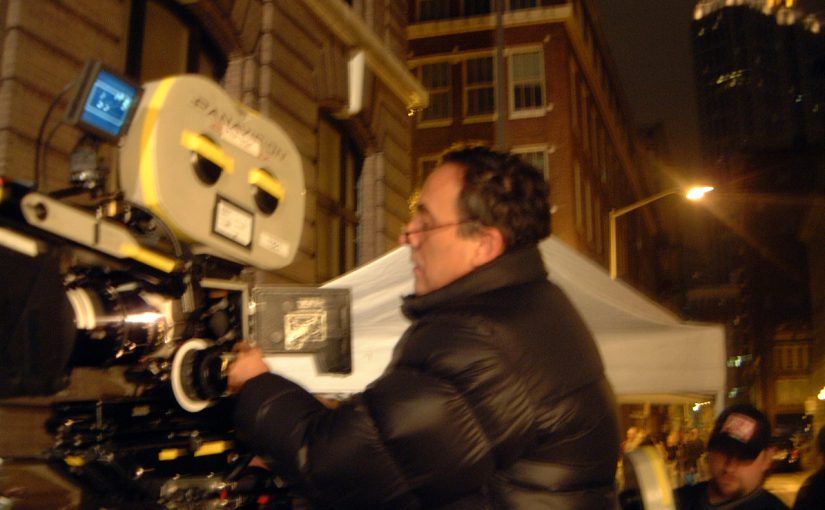 On Wednesday my friend Denise mentioned that she’d been saddened to learn of the passing of a 1st AC she had worked with recently. She linked to a video (included below) and out of curiosity I clicked play. The man in the video looked kind of familiar and after the fourth or fifth time hearing the name “Zoran” I finally realized that I had actually worked with him on the feature Sweet Home Alabama.

Zoran joined our crew when production replaced our 1st AC on A camera.  It’s always an uncomfortable day when you lose a focus puller, and kind of bad juju to talk about it.

Every department is vital to the success of a film, but (most of) the crew understand how much of a project’s weight rests on the shoulders of the person pulling focus.  The rest of us could have minor fumbles that might be overlooked or circumvented by editorial changes but there’s no getting around a hero shot that’s blurry.  If a 1st AC turns in enough soft shots they’re on the line for replacement and if it happens with any frequency, they may have trouble getting hired at all.

What kind of thrill seekers go looking for jobs with that kind of pressure??

As insufferable as some camera folks can be (and boy can they), I deeply respect their work because without it we wouldn’t be making movies. As Dolly Grip Darryl Humber once remarked to me about a camera I’d backed into:  “That’s what keeps this from being a Broadway show, baby!”

Per usual, we were so busy on Sweet Home that I had very little time to strike up any sort of real friendship with “new” crew like Zoran – nothing beyond the discussions that happen around camera and the general camaraderie of set.

But boy did we have some camaraderie on that set.

Sweet Home Alabama was without question the most enjoyable show I ever worked on, and a lot of the crew agreed that it was a pretty special experience.  If you’ve seen the film you know that our ensemble cast was just terrific, and our crew really bonded.  People mentioned how much they’d enjoyed the show so frequently during our final week of shooting that our 1st AD Louis D’Esposito (now Mr. Big at Marvel) walked around set with a stupid grin on his face, playfully threatening to fire the next person who told him how much fun the show had been. I think it’s kind of funny that the only photo I have of Zoran is out of focus!  I only crossed paths with Zoran once after that, over in South Carolina.

Business began to slow down in Atlanta not long after we finished Sweet Home.  We only had around 300 people in our IATSE local and many of them were forced to range farther and farther afield to find jobs.  Some moved their families to Louisiana, which had cleverly implemented a tax incentive program that was kicking Georgia’s butt.  My friend Dwight had been forced to travel out of state to find work, and since he was working outside our union local’s jurisdiction he agreed to hire his seconds from the ranks of those distant locals, instead of traveling me with him.

So I was pretty much of out of a job until my friend Julie Starr Sanford called me to join her on a Cuba Gooding Jr. show called ‘Radio’ over in the small town of Walterboro, South Carolina.

Julie and I had previously collaborated on a small project in North Georgia and she had later brought me in to work with her a few years earlier at an architectural firm.  We’d worked well together and she convinced Art Director Thomas Minton that I should be able to fumble a triangle around a drafting board and build models of sets well enough to fit their needs. I missed working around camera, but I had a good time on that show.  In my off hours I would go take photos and haunt the Dairyland hamburger stand. On weekends I would drive down to Charleston to explore the city and get some culture (try to meet girls in bars). That was the first time I worked as a draftsman on a film project so I wasn’t sure how long they’d keep me on the show.

Turns out they kept me a week or two into shooting.  We had a kick-off party at a local bowling alley. Dwight (along with his wife Barbara and their critters) had moved temporarily to Walterboro to work on the show, so I had had a home-like place to hang out.  It really was odd not being on set, and I only visited a few times.

It’s easy enough to find out about the actors you work with, but unless crews have time to sit down and trade war stories (or do some cyber-stalking via the Internet Movie Database, like you can these days) they often only know each other by the work they do together.

If you’re new to the business try to figure out a way to get a few war stories out of the old timers on your crew – but please, do it when they’re not trying to focus.