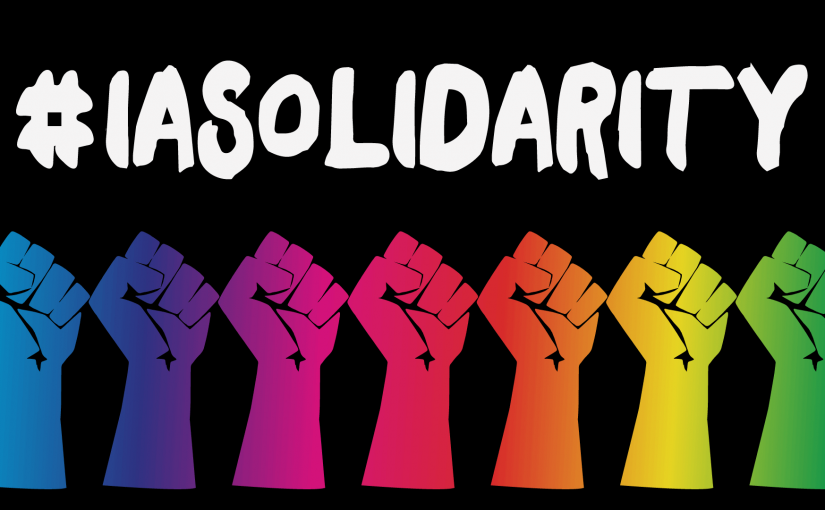 Some of my friends may have noticed I’ve made a flurry of union posts over the past few weeks. I have posted some articles but thought that I would provide a small amount of insight into why IATSE is ready to strike on Monday morning.

This potential strike will be conducted by most of the workers in the film industry, from carpenters to camera operators. They belong to a union called the International Alliance of Theatrical and Stage Employees (IATSE for short).

WHO ARE THEY STRIKING AGAINST?

The members of IATSE will be striking against a group of employers belonging to the Alliance of Motion Picture and Television Producers (AMPTP for short). This alliance includes major motion picture studios, broadcast networks, and streaming platforms like Amazon, Apple, and Netflix.

This is a contract dispute between workers and their employers over the contracts they work under.

I am told that these talks typically go on for a few weeks before an agreement is finally reached, ratified by the members (member ratification only applies to the Hollywood Basic) and signed into effect.

This year the negotiations for the Hollywood Basic began in May, extended into June, stuttered to a halt in July, picked up gamely in August, drifted aimlessly through September and finally ran aground here in October.

SO WHAT IS DIFFERENT THIS YEAR?

Employers are working their employees for 14 and 16 hours a day, for days on end, in some cases for weeks on end – they’re not breaking them for lunch and they’re stealing their weekends.

SO THIS ISN’T ABOUT MONEY?

Surprisingly, the topic that has animated film crews across the jurisdiction of IATSE is REASONABLE REST.

Employers have stopped giving workers contractual meal breaks. Instead, they often elect to pay the workers contractually obligated financial penalties so that they can continue working them through lunch breaks. People who work directly at camera can hardly get away to use the restroom, let alone have a period of rest away from the frenzy of activity.

Employers will bring crews in before sunset on a Friday and send them home after sunrise on Saturday, then expect the employees back at work at 7am on Monday. The lack of a full weekend of rest is physically and mentally exhausting, especially if it happens every single weekend. Affected workers are too busy turning their body clocks around to get reasonable rest, let alone participate in family events.

Construction crews are working incredible hours at an exhausting pace to build sets in a smaller and smaller envelope of time.

As I told a very good friend tonight: in an age when people bemoan the loss of work ethic in first world countries it is LUDICROUS how much product has been generated by members of IATSE.

The topic of reasonable rest is driving a very visceral desire by thousands of film workers to strike against the employers who have been tone deaf to the rising tide of exhaustion, tales of which now dominate film forums across the internet.

WHY ISN’T IT ABOUT MONEY?

Well now hang on, it is also about money – but specific money.

At least 3 contracts back the employers came to the IATSE and said “hey we’ve got this new media thing we’re trying out: we’re going to stream projects directly over the internet”.

Since there wasn’t an existing built-in audience like they had with network television, and since there were no true standards for playback yet they asked for (and received) a lower rate for worker positions on those projects.

I don’t know about you , but these days my viewing habits are planned almost entirely around streaming projects. From “Star Trek” to “Only Murders in the Building”, there’s no other way to describe the New Media platform as “new” – it’s simply the way that things work now.

I have heard that single episodes of the upcoming final season of Stranger Things ranged in the ballpark of 20 million dollars each.

Buddy, that is a small MOVIE budget right there.

The amount of effort put forth by a crew on any project size can be heroic, but there’s another level of excellence you hit when making something look ‘cinematic’ and crews should be paid equitably for those services – especially when every article talking about Streaming+ platforms resonate with the news that streaming is the new standard.

So yeah, the negotiations also included a push for fair compensation for new media (also called Subscription Video On Demand, or SVOD).

WHAT IS THE TIMELINE?

We strike on Monday if the AMPTP doesn’t return with real fixes to the issues our members are demanding.

THE CULTURE OF FILMMAKING

The website Deadline recently quoted an “industry source” as saying that crews were highly paid and essentially spoiled.

These are the best hair & makeup artists on the planet, the best lighting designers, camera operators, costume designers – and they are constantly shooting their way out of a job.

The “industry source” who said that the crews are “spoiled” seems to have made one of the biggest stumbles in negotiating history – because this time around it isn’t a monetary issue, it’s a human rights issue.

The culture wants to change.

Business is indeed war, but it’s interesting to see a lifestyle company like Apple promoting health in its consumer goods but not protecting the health of its work force through more humane contracts.

Even factories in Asia have human rights requirements that are enforced by Apple. Why not in the film industry.

Tim Cook, why can’t you step forward and lead this?

The end game isn’t known to us mortals yet.

There’s a good chance there will be an 11th hour contract pulled out of this.

But a strike is very likely too, and I am watching firsthand as members of my local assemble a strike force.

I was most intrigued by reports of producers caught flat-footed by today’s announcement of a strike date – how did they not realize that negotiations were so bad this year?

That complete detachment from the mood of their crews is yet another reason why workers want a strike – they don’t feel like anyone realizes that they’re ready to flex, so they REALLY want to flex.

Right now I want to go to bed and get some sleep.