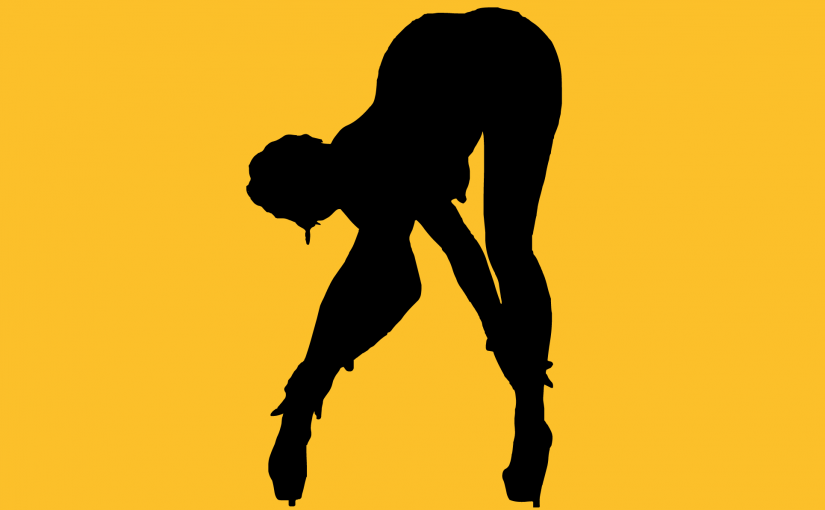 I was worried for my friend Joe Thomas. As the “First Camera Assistant” on our show he was directly responsible for making sure that actors were always in razor sharp focus, no matter where they were during a scene. Like all 1st ACs he accomplished this by turning a big fat dial on the side of the camera to match the actor’s distance from the lens.

Years of experience had turned Joe into a walking tape measure; he could actually tell how far an actor was from him down to the inch, but just to be sure he would always hook a real tape measure to the front of the camera and stretch it over to the eyes of the actor standing on T-shaped marks taped to the ground by Joe’s lovely and talented assistants.

For some reason some of Joe’s latest work had been coming back from dailies “soft”, meaning that the shots were out of focus. If this continued Joe would quickly find himself replaced, regardless of how much the producers liked him because reshoots on episodic television create costly delays and soft footage is the death knell for an AC. For some reason Joe’s problem seemed to be centered around a local actress hired to portray a bimbo who was sleeping with the scoundrel slated to marry our lead actress’ character. The second scene up that morning would be a scandalous reveal of the beautiful bimbo named “Bunny”, fresh out of the shower with only a towel draped over her shoulders.

In preparation for this scene my Propmaster handed me a plastic tub filled with colorful towels and instructed me to show them to our Director, Richard Lang, and to ask him to pick a color.

Richard considered the tub of towels for a few moments before announcing, “One of the blue ones, Drew, but you’ll have to ask Steve which one he prefers.”

“Steve” was Steven Shaw, our Director of Photography. Between his cowboy boots, his fringed Native American jacket and his little ponytail there was hardly any doubt that Steve deserved the sort of respect normally reserved for people who do everything they can to look like Steven Seagal. When I asked Steve which of the two blue towels he preferred he gestured toward the bedroom set, which was in the midst of being lit and explained, “I’ll need to see the actress under the lights.”

Well of course he did, that actually did make sense. So I stepped away from the set and radioed our 2nd 2nd Rhonda out in basecamp (20 yards away out in the parking lot in front of our lumberyard-turned-studio) to inquire as to the availability of our brazen bimbo for a quick color check under the lights.

No problem! I couldn’t have done any better if there was such a thing as Playboy Pizza, promising to deliver hot Bunnies in 30 minutes or less because in less than five minutes Rhonda delivered to me an attractive blonde Bunny wearing a terrycloth robe and clutching a mug of hot cocoa with both hands. I quickly explained the situation to Bunny and asked her to follow me across the room to the bedroom set, her cute little slippers shuffling across the tiled floor.

As we arrived I spotted our First Assistant Director, Richard Denault, lounging on the bed fiddling with the antenna on his walkie. Steve turned to greet us as the sound of Bunny’s pretty pink slippers announced our arrival and then he quickly explained the whole “towel color” situation to our pretty actress. Twice informed, Bunny wasted no time beginning her color test. She handed her cup of cocoa to me, took a half step over to the bed where she placed her terrycloth robe before returning to stand between me and Steve, looking particularly cute in some spunky shorts and a sporty grey t-shirt that strained against all her Bunny bits packaged within.

Steve turned toward me and took the first blue towel from my hand, but as he turned back toward Bunny she did something completely unexpected: she reached down to her midriff, crossing her arms to grab the bottom of her shirt, and with a quick tug she lifted the shirt up, up, up and suddenly it was floating above her head and then it was on my shoulder.

I swear that there was a cartoony “boing” noise as the shirt cleared her now naked bust line. Somewhere I heard a clank, a clatter, and a shout.

Time dilated. The rest of the set stood still. Angels sang. Even though Bunny was never intended to appear topless during filming nobody had bothered to inform the local actress standing in front of us in all her double-E glory.

Steve turned his head toward me imperceptibly, his eyes narrowing to say,

The warning look was unnecessary though because my medulla oblongata had shut down the moment Bunny’s shirt cleared her clavicle.

While my breathing had completely stopped, Steve actually appeared to be considering the first blue towel around Bunny’s neck before lifting it up and swapping it with the second blue towel, which had been draped over my right shoulder. Seven feet away the First AD was opening and closing his mouth like a fish out of water… I’m pretty sure that he was pointing at us.

Steve finally declared one of the towels the winner and thanked Bunny, who reached up with a dainty flick to retrieve her tiny grey shirt from my shoulder and slipped right back into it before donning her terrycloth robe, taking the mug of cocoa from my hand and scooting her little pink slippers back across the lobby and disappearing off into basecamp.

As time returned to normal speed I realized that there was a rather animated conversation happening behind the set wall to Bunny’s bedroom; one of our grips, Darryl Humber, was excitedly trying to explain to the other grips why he had dropped a clamp and nearly fallen off his ladder while setting a flag.

You’d have thought he’d been hit by the crosstown bus.

Later in the day, we were shooting an entirely different scene with a fully clothed Bunny when I saw Joe lean in and say something to one of his assistants who scooted over to Bunny’s mark (a T-shape made from purple paper tape) and replaced it with a “hard mark”, which is just a T-shaped bag filled with sand.

Joe had finally solved The Mystery of Bunny’s Soft Mark. It turned out that Bunny’s brain-paralyzing breasts stuck out so far ahead of her that they acted as a ledge, blocking regular tape marks from her view, causing her to stop nearly a foot shy of her intended mark. This entire time it had been Bunny, not Joe, who had been making herself show up out of focus!

Bunny was able to hit her marks like a pro, Joe was able to keep her in focus, Richard reminded me about Bunny at least once a week for the rest of the show and we all lived happily ever after… until they cancelled the series the very next season.

But that’s another story!

Here are a couple of screenshots of the actual ‘Bunny’ from that episode of Savannah. Her character name was ‘Monica’ and she wasn’t the “real” Bunny, she was a ruse to hide the misdeeds of another character –  standard primetime soap opera fare. One thought on “The Mystery of Bunny’s Soft Mark”